Kansas City just became the fastest gun in the west when Google flipped the switch to turn on their new “Google Fiber” internet service. Google Fiber can deliver screamingly fast internet speeds of up to one Gigabit. Reports on the ground say that connections are consistently between 600 and 750 Mbps, with Wi-Fi speeds of up to 200 Mbps. Sounds good right, what if I told you the new service was only going to cost residents around $70 per month!

So based on the reported speed and pricing, Google is poised to deliver internet that is exponentially faster than the competition at a significantly lower price. It looks like the U.S.A. might finally catch up to other nations that offer affordable super high-speed internet to their populations. ISP’s are scrambling to catch up but it looks like Google Fiber may take off before the other guys can say, “wow that’s bloody fast.”

Oh yea, did we mention that this network will eventually be providing television delivery service as well? That’s right one day the Google Fiber network will be you one stop shop for cable and internet services. Cool, and kinda scary…

What does all this mean for a small media services company like ours? Well for starters having faster internet capabilities in the U.S. will probably help our transcription services. We work with audio and video files hosed over the internet on a daily basis. The bigger the file, the slower the transfer, the slower the transfer the less efficient our business operates. Fast connections will allow clients to upload larger files without worrying about data corruption or timing out. On the other hand, faster speeds will allow our typists to download and complete their assignments much faster, thus allowing them to make more money at their job.

Take a look at the Google Fiber Blog for the official scoop.

Whats The Catch? Scales and Souls

First of all this system is just beginning to be tested in the real world. So don’t go buying your gigabit modem just yet, because it is going to take a long time before you have Google Fiber in your town unless you live in Kansas City of course. Furthermore, there is a big leap between implementation on a small section of a city, and implementation on a national and multi-national scale. All you guys out there playing Halo 4 online will probably be playing Halo 5 by the time you have a connection this fast. 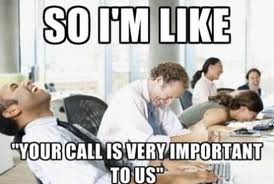 Lets consider the other possible drawback here. How much do you trust Google to be your ISP and television provider? I mean sure, their mission statement is, “Don’t be evil.” But when companies this large start making moves beyond their original operational capabilities, you have to wonder, how big is too big? Do you really trust Google, a company you can’t even call on the phone to get help with any of their services to be a good neighbor for your community. Have you ever tried to submit a help claim to Google if one of their shiny products isn’t quite working like they say it should?

Spoiler alert, Google’s customer service sucks, and probably always will. Old Chinese proverb say, “Sell your soul to Google and you will wait 3 to 6 months for a response.”

The Future is Fast

Despite the fact that we have yet to see if Google can go big with implementing a system like Google Fiber on a large scale, it is a huge technological accomplishment that they have achieved. The future looks fast, screamin’ fast. Check out this CNN article about The Launch of Google Fiber if you want some more details about whats going on in Kansas City, Kansas.

Check back with our blog regularly for updates on this new development. Leave us a comment if you have something to share, and don’t be afraid to sign up to our newsletter to receive articles like this one on a regular basis.