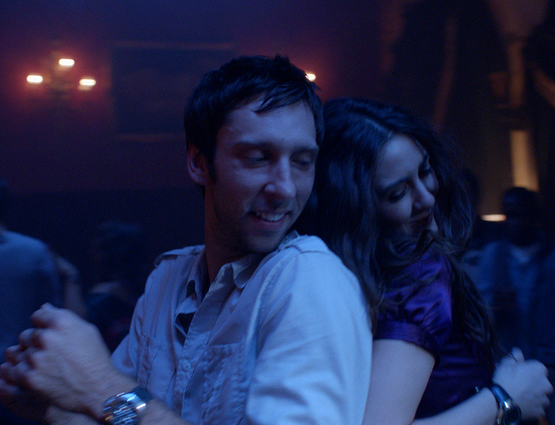 Starting this weekend #Stuck will be screening in select theaters across the country. The production team is coming along for the ride, hosting Q + A sessions after the show, and kicking off their tour in NYC at the Village East Cinema this Friday night. Through a unique combination of independent capitalization, and social media crowd-funding, this film is a shining example of the new paradigm in film production. #Stuck is the most recent release from rising film maker Stuart Acher, and represents the future of independently financed film production and distribution.

The plot feels like a blend of classic Hollywood motifs, with a distinctly original plot and presentation. #Stuck’s two main characters wake up next to each other, after what appears to be a pretty wild night. After realizing she has no way of getting home, Guy, the male lead, offers to give his new lady friend, Holly, a ride home. She reluctantly accepts the ride and the stage is set for a great movie. How did they end up together, and what happens when they hit an impassable LA traffic jam? Watch the trailer below if you want more!

For one week only, stuck will be appearing in theaters across the country. Check their website for a full list of screenings and Q+A sessions. In addition to this limited release, #Stuck is available now for pre-order on iTunes, and will soon be available on Netfilx and other digital platforms. It takes a truly original idea to penetrate the entertainment industry and secure a place in professional film media. In addition it takes a team of dedicated and hardworking film makers to bring an original idea to life without external financing. We hope you check it out and leave us a comment if you like. 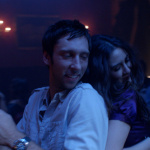