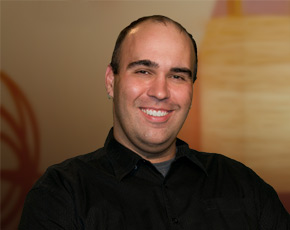 Every once in a while Word Wizards likes to shine the spotlight on some of our fellow video professionals in the DC media community to showcase some of the truly talented individuals we have around us. Today we’re going to be taking a look at Richard Harrington, CEO of RHED Pixel, editing expert, producer, prolific writer and podcast master. His personal philosophy to communicate, motivate, create is a great indicator of Richard’s strong desire to create media with the power to truly inspire and impact others.

A native of Chicago, Illinois, Richard’s first experience in the realm of media occurred when he used magnets to rearrange the picture tube on his family’s tv at the age of seven. After graduating from college with a dual degree in production and reporting  Richard starting out working in the newsroom but after a few years grew tired of the grind. He and his soon to be wife moved to the Washington D.C area where he received his masters in project management. Richard decided to strike out on his own in 1999 and opened Richard Harrington Video which later became RHED Pixel as it grew.

The goal that Richard founded the company with and still continues to do today is utilizing the latest digital video tools to bring the best quality media production to the largest possible audience. RHED Pixel does an amazingly varied portfolio of work which includes graphic design, video production for all types of projects, interactive multimedia, quick time virtual reality and 3D Motion work. Always on the forefront of technology, RHED Pixel has made podcasting the latest addition to their arsenal of products. Podcasting is the art of making a form of video, usually episodic content, that people subscribe to and download often through web syndication or stream via the web to a computer or mobile device. A prime example would be the program Mommycast which began life as an audio only series in 2005 and soon was getting over one million downloads a week.  Seeing a great opportunity, RHED Pixel stepped “in to” help make it a fully video podcast. 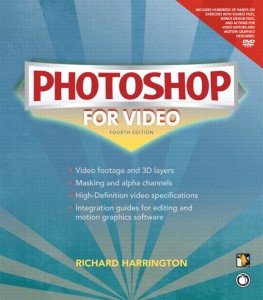 Aside from founding and running RHED Pixel, Richard has a number of other impressive feats under his belt. He is an accomplished author, having written a number of guides and training books for  photoshop, aftereffects, final cut pro, producing video podcasts and apple training. His friendly attitude, passion for multi media and video work as well as his renowned expertise have also made him a popular speaker on the digital video circuit. As an avid tech, gadget and sci-fi fan Richard loves to know about the next big thing and firmly believes these technologies are the key to bringing important messages to the masses. In his spare time, he loves to travel, share his love of comic books with his kids and volunteer with different media production organizations such as the Television, Internet and Video Association or TIVA.

Be sure to check out his blog at: http://www.richardharringtonblog.com/