I recently volunteered at a panel, at the DC Independent Film Festival, about the history of movie theaters and palaces in the city of Washington D.C. During this panel, several images of old movie theaters that have been torn down were shown and their details discussed. I was struck by the individual beauty of these places and how different they were from each other. As someone with a strong interest in history, architecture and movies I’ve always felt bad that these places went out of style. While today’s multiplexes are nice and modern, they also seem a bit on the sterile and cold side. DC, like many other major cities, was once home to a huge population of stunning movie palaces with a few still remaining but most having gone the way of the wrecking ball. 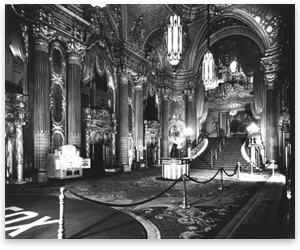 Today with so many production companies and such a passionate media and video community, it seems like we are trying to keep the spirit of these places alive by telling rich captivating stories that draw people in the way these grand movie palaces of yesteryear did. Here at Word Wizards, Inc. we are focused on documentaries because time coded transcripts are part of our core business.  However, scripted films have been adored by audiences in ornate movie houses for over a hundred years. Come take a trip down memory lane as we look at a few of the more memorable one. 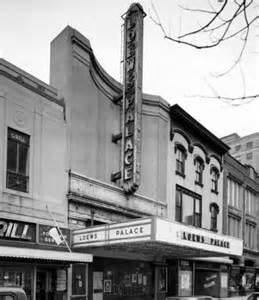 The Loews Theater was one of the first grand movie theaters in the area, constructed in 1918 at 1306 F Street, NW and built to hold an audience of over 2,000 people. In addition to movies, stage shows were also held here until the mid 30’s. This gem of a theater which featured some of the first air conditioning in DC was renovated in 1964 when theater sales started to decline. Loewe’s put it up for sale in the late 60’s and the building was torn down in the late 70’s. While the outside was nice, the inside was truly dazzling and put the word palace in “movie theater palaces.” 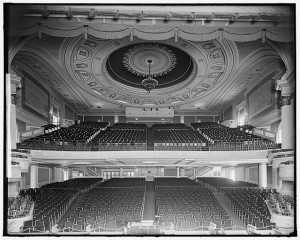 Fortunately there are those who want to save these important land marks and have succeeded in keeping a few of them in a few different incarnations. The first is the Avalon theater house in Chevy Chase which dates from 1923 and was rescued by a group of concerned citizens in 2002. Today it offers lots of different programming such as first run commercial films, foreign and independent films as well as film festivals. A second theater the Atlas on 1333 H Street was built in the late 30’s, closed in the 70’s and brought back to life as a performing arts center in 2001. Today the Atlas showcases unique performances, offers arts education and serves as a major catalyst for much of the rapid economic revitalization happening on the H Street corridor. 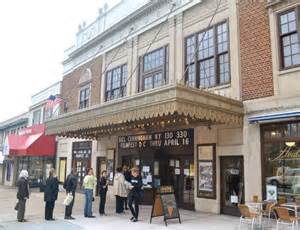 Many wonder why these opulent movie palaces fell out of favor with the general public with the main answer being the rise of multiplexes which had larger operating budgets and were able to attract people on ways that the small single screen theaters simply could not. Much of this has to do with offering more amenities, more of a place to hangout and often more convenient locations as many people started migrating to the suburbs. While the historic preservation movement of the early 60’s alerted the general public to the cause of preservation, today’s historic theater loving activists still face a very uphill battle.

The reasons for this I think are two fold with the first being that the younger generation never experienced these lavish theaters so we don’t really know what were missing.  This in turn makes it tougher for historic activists and those passionate about preservation to reach people since their message is often falling on deaf ears. Yes, the multiplexes are a cool place to hang out, offer a bunch of films, there’s so many in malls and most are conveniently located close to major urban areas but they lack personal feel. The second issue is a much larger and pervasive one that has do with the multitude of options people have when it comes to home entertainment. Why should people leave their home when they have things like netflix, on-demand, redbox, the Internet, and so many different ways to be entertained without having to leave their couch? Going to the theater used to be a privilege and a chance to share unique a experience with real people immersed in a story but its an experience that seems to be having a curtain call.