Starting a film festival is no easy feat and keeping it going for a successive number of years is downright extraordinary. That’s why the DC Independent Film Festival which will be celebrating it’s 15th year later this week, from March 6 – 10th, is darn impressive. While most film festivals would be resting on their laurels at this point, DCIFF is ramping up even more this year with a greater film variety, world premieres, great master classes, informative seminars, a rockin music line up and more social media connectivity than ever before. 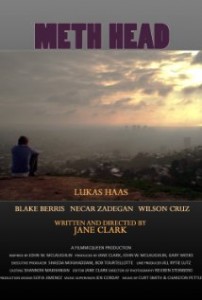 First off let’s start with the films. One of the biggest they will be showcasing is the world premiere of the critically acclaimed film Meth Head. Not only does this cautionary tale about addiction deliver a powerful message, its also being headlined by notable talent such as Lukas Haas. Wilson Cruz and Blake Berris. http://dciff-indie.org/2013-festival/2013-film-selection/narrative-features/meth-head/   Some of the other notable features include two quirky and delightfully dark comedies from the land of Canada.

The First Winter, http://bit.ly/YQg0m0, tells the story of a Portuguese man facing the cold Canadian landscape and his past. Camera Shy, http://bit.ly/15iTU0e tells the tale of a corrupt politician who is shadowed by a cameraman who may or may not be part of his imagination. For something even more offbeat, the festival has two very notable blocks of short films. First on Saturday is their Amazing Animation block where you can see paper cutting be tuned into a mesmerizing movie experience amongst other delights, http://bit.ly/14lntLo . Saturday night is their chills and thrills block which features banshee’s, evil twin sisters and some deadly surgery, http://bit.ly/12N1mkG  For a complete look at their film  and festival schedule, check out their page here: http://dciff-indie.org/2013-festival/2013-festival-schedule/

Besides film, the festival is offering a huge array of seminars that focus on topics such as entertainment law, casting,  film financing, cinematography, option agreements and fund raising. One of their more unique offerings this year is an oral history panel on the experience of going to the movies which will include an open mike component. If your really in the mood to learn, there will be a few master classes including an acting masterclass led by Blake Berris. Hey, we told you they were ramping it up this year. To see a complete listing of seminars and master classes check out the schedule here: http://dciff-indie.org/2013-festival/2943-2/ 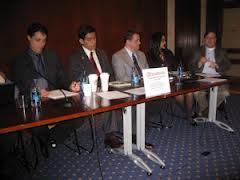 Since this is Washington, DC there has to be some political aspect right? Of course there is and that would be DCIFF’s annual Sumit on the Hill program. Each year leading government, industry and key government experts are given the chance to debate such important topics as the impact of tax incentives, production costs and is the US art friendly enough. For full details, check out their page here: http://dciff-indie.org/2013-festival/summit-on-the-hill/

Accompanying all this is an expanded selection of music that features reggae, soul, DJ Fusion, post punk and goth rock. Some of the names include Waverly Giants, AMIJ, DJ Fusion, Sweetbread Jim’s, Nehemya, Janice B and Queenearth. They will be performing at night to help set the mood and make the happy hours ultra cool. For more info on them, check out the music page here: http://dciff-indie.org/2013-festival/2013-festival-schedule/music/

Again the dates are March 6-10th, with the majority of events and screenings held at the Navy Memorial right next the Archives Metro Stop