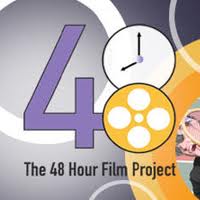 As most of us know creating a film, even a short film, weather it’s a documentary or something more fictional, takes a lot of time. First you have come up with a concept, get funding somehow, get a crew, shoot the production and then edit and do the rest of post-production. This whole process usually takes a minimum of several months, if not years, for some of the most basic films. Now, imagine trying to do an entire short film, from conception to post-production all in one 48-hour span of time. That is the challenge of the 48 Hour Film Project, where teams have just two days to create an entire story using just a prop, theme and line of dialogue. DC’s annual 48-hour film project was the weekend of May 5th and with other 48-hour film projects taking place across the globe on various other dates.

The Project got its start in May, 2001 when local filmmaker Mark Ruppert came up with the idea to have an experimental competition where teams would have to make a complete short film in 48 hours. He enlisted his film-making partner Liz Langston and several small teams who thought  the idea sounded fun and challenging. Today the project takes place in more than 120 cities around the world, such as Las Vegas, Chicago, Rome and Beijing, and involves many teams, who altogether make up more than 60,000 thousand people. The smallest team was one man who set up a camera and then was in the film, and the largest group was a team from Albuquerque with 116 people and 30 horses.

It’s All About Action

The mission of the Project is refreshingly simple: don’t think, just do!!! The very short time limit encourages creativity and teamwork skills and spurs people to give it their all. It’s through this intense process that the creators of the project hope to promote filmmakers and advance filmmaking. Personally, as someone who worked on a team for DC 48 hour film project on May 5th, I can attest just how challenging and chaotic the process can be. It takes a lot of patience and nerve to make it through one of these films—and a true passion for film—to consistently come back to the project year after year.

The Process and Prizes

There are a few guidelines that filmmakers have to follow when making their short film. At the Friday party that kicks off the project, each team is randomly assigned a theme, a line and prop that must appear in their short film. Apart from those specifications, they make whatever type of piece they want. The finished pieces need to be complete two days later, that Sunday by 7 pm at a drop off party. The following weekend, the films are screened at AFI Silver Theater in Silver Spring over the course of four nights. There are prizes for films that are voted the best and these prizes include best writing, best director and best editing among others. There’s a also an international grand prize which nets the winner $5,000. Ten of the best films of the 2013 tour are going to be screened at the Cannes Film Festival’s Short Film Corner in 2014. 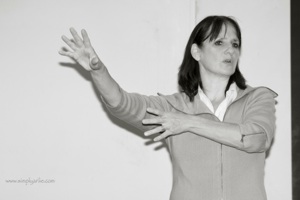 While to many outsiders i.e. people not in the media or video production biz, making a documentary or any kind of media production may seem like fun, we video professionals know just how much hard grueling work is involved in even the most basic media. Not only are there a seemingly impossible number of steps you have to go through but obviously you want to make sure you’re doing it well. Working in a documentary rich community like the one here in the D.C. Metro area is enormously helpful because of the sheer number of professionals who strive to help each other out. Through each step of the process from conception and story boarding to filming, principle photography and finally editing, transcription and logging there is someone wanting to collaborate with you and make your work that much better. One of these people Adele Schmidt is definitely worth getting to know.

Adele Schimdt brings a decade and a half of valuable experience with her in that time has produced, edited and directed more than 6 long form award winning documentaries. Not only have these documentaries all been shown on National Public Television, they have also participated in over 50 national and international film festivals. So the fact Adele has become a well known documentary coach should surprise no one. She loves helping guide people through the process of making their film and is incredibly passionate about making sure new projects succeed. 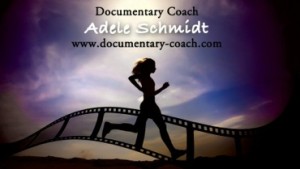 As a coaching consultant, Adele guides filmmakers in all stages of the documentary process. She works with them on research, helping them decide which talking heads and research to utilize. During the production and shooting process she loves to give them pointers and tips on how to create the best possible looking film. Finally during the editing phase, Adele helps filmmakers polish their work so that it absolutely shines. She is a firm believer in transcripts with time code and has referred Docs makers to Word Wizards, Inc. in the past. In addition to personal coaching, she also teaches a number of workshops and seminars during the year around the DC area.

In fact, she has an upcoming seminar on April 20th entitled “Finished My Documentary, What’s Next?” During the seminar Adele will present the first case study using her film Romantic Warriors – A Progressive Music Saga I and II. She will explain how the film has successfully self-financed itself via DVD by targeting social media campaigns and self distribution. Filmmakers will be able to learn the right techniques and methods in reaching the widest possible audience for their projects. To learn more about the seminar, check it out here: http://bit.ly/102sl76

To learn more about Adele and her consulting work, check out out some of these links:

While some big hollywood films and productions have come to Washginton, D.C. to shoot big blockbuster fare, the real work has to do with all the docs that come out of here. The capital city should really be called doc’s city because of the sheer number of documentaries that our amazing film community produces. Lots of hard work goes into each of these often films, from pre-production and shooting to editing, transcription and post production.  One of the biggest companies in the field, Guggenhiem Productions has been in the biz for more than 50 years and produced over 500 titles.

Their founder Charles Guggenhiem wanted to be known as a storyteller and sought to create a video production company that had the goal of telling powerful stories with a profound effect on the viewer.  He’s received are several academy awards for his films including Nine from Little Rock, about integration in Arkansas. He’s also notable for being one of the first to employ documentary style video production on American Political Campaigns. Starting with Robert Kennedy and George McGovern, he revealed the character of the candidates in an affirmative way and let the issues speak for themselves.

Guggenhiem passed away after a battle with cancer 2002 but not before spending the last 6 months of his life finishing the film Berga: Soldiers of Another War.

The film tells the story of his fellow American infantryman who were captured and sent to a Nazi slave labor camp during World War 2. Even when his health was fading, he completed the film overseeing all final aspects including  logging, editing, transcription and completed post production. Today his daughter Grace serves as an executive producer for many of  the historical documentaries to come out of the company.

One of the amazing things the Guggenheim Productions prides itself on is it’s dedication to history and using the narrative form of documentary to keep it alive for future generations. To that end, they work with the Academy of Motion Pictures Arts and Sciences/Academy Film Archive to preserve critical titles from the holdings. They have also partnered with National Archives to create the Charles Guggenhiem Center for Documentary Film at the National Archives. Not only does the center celebrate the work of Guggenhiem but also honors other documentarians who have made important differences with their work.