Since Word Wizards, Inc. often deals with new technology, we definitely know how it changes quickly, especially in the realm of video production. While the video production community in DC is incredibly talented and forms an amazingly supportive community, we are also dependent on the equipment we use. It’s not easy to keep track of the latest cameras and camera technology  with so many different camera models to choose from at a variety of prices. Recently, TIVA held a panel at Henninger Media to give people an inside look at some of the different models on the market, and some advice from five very experienced cameramen and DPs who use them every day. This fab five consisted of Jim Ball, Nate Clapp, Alex Ibrahim, Don Lampasone , and Alex Guckert. 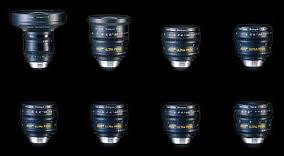 They brought a wide variety of models with them for display. These included models like the Canon 7D DSLR, a basic model that retails for $1,500 all the way up to the Sony F3 35mm digital camera, shown at the top of the article, that costs $14,000. While the panelists said you should look at camera models depending on your needs, they all agreed the lens should be the main investment with the actual camera more of an afterthought. If possible you should try to get a lens that will last and is flexible enough to work with a variety of different camera models. While new camera models come out every couple of years because of new tech, lens tend to stay the same. Sanyo and Rokinon are companies that make cheap and mildly reliable lenses. Another option is Zeiss, who sell very nice but more expensive lenses.

The conversation then moved onto a debate between digital single-lens reflex cameras, a.k.a. DSLRs, and movie cameras. DSLRs are able to take both still photography as well as video with the cinema very comparable to more dedicated video. Many in the video industry like SLRs because they have these dual capabilities and are often able to pay for themselves quickly  because they’re so versatile. One concern about DSLRs is that you often have to shoot and then darken the image yourself because of the exposure. However, if your shooting in low light, then DSLRs excel because of their low light sensors. In fact another reason DSLRs are so well liked is because they tend to have larger, more powerful light sensors that give a narrower depth of field, making it easier to isolate the subject and give it a more “filmatic” look. The bottom line is that you should get a camera that suits your needs and fits your work, whether you’re shooting documentaries and “talking heads” footage, or something more action oriented.

There were four cameras that were standouts to the panelists and were especially liked for their capabilities. One was the Canon C100, a cinema camera that at $5,500 is moderately priced and is well liked for its compatibility and powerful super-35mm sensor. As far as DSLRs go, one of the top picks was the Black Magic 2.5K, shown above, that goes for about $3,000—although it should be noted that you need a .5-millimeter lens to really make the camera shine.

The Sony FS-700, is a very well liked and versatile camera that may be a bit on the pricier side at $7,500, but has some great qualities, like beautiful slow-motion capture, does action scenes well, and will record it so the footage is ready to edit immediately after you’re done shooting. The fourth and final pick was the Sony F3, which at $14,000 is not a small investment. But the camera is considered to be very versatile and comes with a PL-mount adaptor that makes it compatible with any PL-mount cinematic lense. 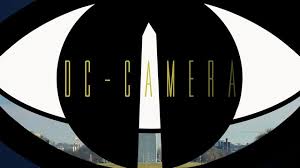 Try Before You Buy

Of course, you really should get the one that can best handle the type of work you do, and its good to keep in mind that accessories will often outlast the camera, so go for quality. A good way to test out a camera before you make that big splurge is to rent one and use it on a production to really get a feel for the model. This not only saves you the frustration of buying a model and finding out you hate it, it allows you to try out several different models in a cost-effective way. Camera Rental places, like DC Camera. are great places from which to rent and ask questions. Most cameras are good for renting and shouldn’t be too complicated to someone with at least a little camera experience. There are some cameras, such as the Red Epic Cameras, which cost upwards of $50,000 and is not the kind of model you should just rent unless you have experience with it. When you finally are ready to pluck down your hard-earned cash for the big buy, a used camera can be a smart way to go, since people may be eager to unload the “three” model if the “five” just came out.