On Wednesday night TIVA, the Television, Internet and Video Association, held a panel at Video Labs focusing on contracts and specifically how they pertain to the video production business. While contracts are something that most of us in the media and video industry are something most of us don’t like to think about, they are still a vital part of production houses, transcription companies and other media organizations. The  three  panelists at the event were Jim Pennington, Pam Jacebson and Nancy Prager who were incredibly open about sharing their collective knowledge. Some of the main topics covered were line costs, appearance and location releases and confidentiality agreements. Check out the panelists below for some information on them as well as their main points for the panel. 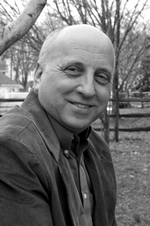 As business director, he leads all marketing and proposal efforts, and when projects are awarded, he prepares the letters of agreement (LOAs), personal and location releases, crew and talent agreements, and other contractual documents.  As producer, he provides executive oversight for all aspects of a video project and ensures the project is completed on time, on budget, and to the client’s complete satisfaction. As a writer, he works closely with clients, developing the concept for their videos and the subsequent treatment/script.

Line Costs – Clarity is Key!!! When Jim prepares letters of agreement for clients, he always makes sure are absolutely as clear as possible. One prime example of this would be with Line Costs and how he breaks them down for each project. While many companies would simply list one large sum for the entire project, Jim and Duo Media Productions actually break each individual cost line by line for the project. This way, there’s no miscommunication about whats being covered and the other party can feel comfortable knowing the exact cost of everything. As he says, it’s practices like this that ensures that his company always delivers on their work. 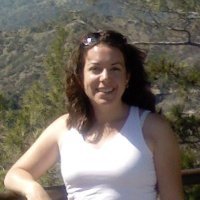 Pam has been in the business for almost 20 years working for an impressive lists of companies that include Discovery Communications, Sirens Media and National Geographic Television amongst others. Her responsibilities have included managing all aspects of production operations, balancing a wide range of budgets from the hundred thousands to the millions and negotiating contract compliance and production units. Additionally she has experience advising business units on contingency fund requests, negotiating facilities, assesing deal visibility and supervising milestone payments.

Location and Person Releases – Go with your Gut!! If you have a person or people in the background for a few quick seconds and they are not really identifiable, they are most likely not worth trying to get releases from. However say you’re using a wide lens and a group of people are directly in the foreground with visible faces, then it would be in you’re best interests to get them to sign releases. As Pam stressed, the best idea is to really just go with you’re gut on what you think should be done. She gave similar advice on location releases, saying that if a building is directly in a shot or being used as a shoot location than you need to get a location release from some one authorized to sign such a document. Try to get a release from building management and double check to guarantee that the individual singing it does have the proper authorization. 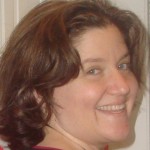 I represent a wide range of clients on matters ranging from intellectual property licensing to estate planning.  Though I am now based in Washington, D.C., I have practiced with firms in Memphis and Atlanta.  Additionally, I have served as a business development consultant to technology companies in both the telecommunications and intelligence sectors. I have addressed the convergence of intellectual property, technology and the creative industries to a variety of audiences including at conferences like SXSW and in publications like news.com.

Confidentiality Agreements – Read before you Write!!! As Nancy astutely pointed out Confidentiality Agreements, often reserved for those doing government work, have started cropping up in the private sector of the media business as well. While these agreements are usually a means to insure that the work involved stays private, the information can sometimes be used against the person who signed them. Make sure to carefully scan through any document you’re asked to sign and especially try to “read in between” the lines to see what information you’re agreeing to. Unfortunately, if someone is not familiar with the language it’s very easy for them to get tripped up. Another good point she had was that today, signing you’re name on an e-mail now counts as a legal signature which is something to be very mindful of.