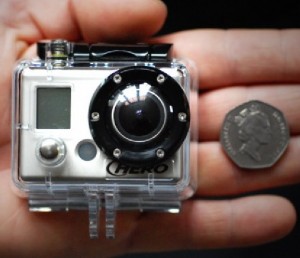 While cameras are great at capturing a story for film and showcasing someone’s vision, they are not usually known for their durability and tend to be pretty fragile machines. It’s tough to take them under water, on a bike or car, or just any place where you’d be moving a lot and need something light and compact to get extreme footage. That was until the founding of GoPro and the introduction of their line of small, compact and reasonably-priced cameras that allow movie makers to go places they have never gone before. Over the last decade the GoPro has become the number one selling camera in the world, adored by both athletes as well documentary filmmakers for its versatility.

The company’s founder, Nick Woodman, first got the idea when he was enjoying his passion for surfing 10 years ago. He wanted to capture video of himself and his friends on the waves but couldn’t with any current camera. So he built a limited-use wrist-mount camera and the tech became a hit with the surfing crowd. It wasn’t until he was enjoying his other hobby, racing cars, that he strapped on a GoPro to the roll bar of his car and realized the vast consumer appeal. Since then, the company has been turning out models year after year with the latest being the GoPro HD Hero3: Black Edition,  1080P video and still camera that can be controlled via a wi-fi remote.

The Value of Fan Feedback

Not surprisingly the product has a loyal following, with users often posting videos and multi-media of their latest exploits on the company’s website and Facebook page. They want to show off what they capture with their cameras, and it is that word-of-mouth that makes these exciting and unique video clips popular. The company pays close attention to see how the average customer is using its  product and uses that as a way to anticipate what people would want. While the GoPros may not have the high resolution that many professional cameras do, they more than make up for it in other ways, such as cost. 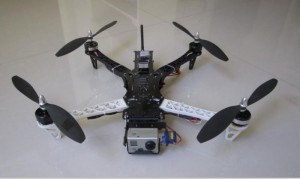 Famous For Their Versatility

GoPros are relatively cheap, with the most expensive model costing a very moderate $400. This helps open up the camera to film hobbyists and weekend movie makers who want to dabble in the video realm but can’t really fully invest themselves in it. This is most definitely a good thing, because fresh ideas, and video that may not have been possible before, are popping up. We can, however, say from personal experience that many people in the professional video production community have made GoPros part of their arsenal. Companies have strapped them to the outside of cars, attached them to balloons and flying drones and put them on surf boards. For more information on GoPros, check out this recent article on Mashable http://mashable.com/2013/03/05/gopro-camera/.


Over the last few years, GoPro has become a standard term in the extreme sports lexicon. If you don’t know GoPro yet it is defiantly something to investigate. GoPro cameras offer a rugged, mountable video camera solution to help capture life on the go. Waterproof, shockproof, idiot-proof… Put one on your surfboard and watch yourself shoot that sweet tube, or put one on your mountain bike and catch a glimpse of yourself huckin’ that 10 footer!

Buying Into The Extreme

Talk about going big, Taiwanese manufacturing giant Foxconn just plunked down a cool $200 million dollars for 9% ownership of the developing camera company. Foxconn is one of Apple’s main manufacturing outlets in The Orient, and has been the focus of some human rights and labor rights controversy over the past few years. Nobody is quite sure what inspired this big semi-accusation, but GoPro enthusiasts are looking forward to seeing what impact the injection of capital will have on the consumer. 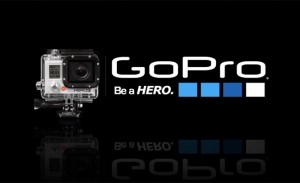 Hopefully, now that the controversial Foxconn is sitting on the board, there won’t be any slips in product quality for the sake of additional profits. All too often in recent years, we see a great product ruined by the shareholder’s lust for profit at the expense of product quality and consistency. I am hopeful that the main stakeholders of GoPro will prevent this from happening, but I guess we must wait and see what happens.

In the meantime, check out Kelly Slater rip it up!

Kelly Slater having fun on some practice waves before the 2012 Hurley Pro at Trestles in San Clemente, California.