Word Wizards is proud to support documentary production in the Metropolitan Washington DC area.  DC, is the documentary capitol of America, as well as the Nation’s Capitol.  Between Discovery Communications, (in our own home town of Silver Spring Maryland,) National Geographic and Smithsonian – ShowTime a lot of documentary production gets done around here.  “Docs are King” in DC.  And we all know that to make a great Doc you need a lot of interviews, which means lots of time coded video tape transcription for Word Wizards!

Nothing showcases this fusion of talented production capabilities and talking heads like the fabulous Silverdocs Film Festival which is going on here this week in Silver Spring.  Since documentaries are created by interviewing people, we are here to meet their production deadlines with our own professional, all American workforce, available to them – 24/7.

Sometimes however, between overnight and weekend rush jobs, we actually indulge our creative cravings by attending a few good documentaries at Silver Docs ourselves. One such provocative and award winning film featured this year was How to Survive a Plague by film maker David France.  http://www.howtosurviveaplague.com/

It is the  riveting story of two coalitions, Act Up (AIDS Advocacy) and TAG (Treatment Action Group) who refused to go off and die quietly without putting the Government in general; and the Food and Drug Administration and National Institute of Health in particular “feet to the fire” to come up with a cure; or at least a livable containment policy.  (By the way these agencies are also in suburban Maryland, so we were inspired by seeing local demonstration footage.)

The struggle against HIV / AIDS took a terribly long time; which was exasperated by society at large who in the early 1980’s started off by blaming people for alternative life styles, which seemed to contribute to the spread of the disease.  However, as the death count climber higher year after year, the scapegoat-ing stopped a bit, as we finally realized that a killer pathogen  was among us that threatened civilization as we know it.  It wasn’t the first time that an unpopular minority was blamed for “the Plague.” 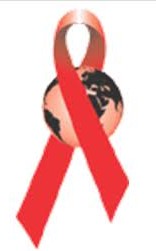 These courageous people; the victims of AIDS, their families, friends and supporters; formed the nucleolus of  a movement that continued to demonstrate at the FDA and NIH until the bureaucrats came up with an accelerated drug testing and approval process.  As a result, finally the best medical minds “got lucky,” as one advocated put it in the film. Therefore, as a result of continued civil disobedience coupled with working within the system, a viable containment policy was developed in 1996.

Some of the activists who were around at the beginning of the film’s creation were not around at the end.  Some were, seemingly miraculously cured of their most visible symptoms.  This was as a story of protest and the decency of the human spirit winning out over bigotry and deliberate neglect.  We hear it will be coming soon to an independent theater near you. Please don’t miss it.  And you thought “Talking Heads” were boring!