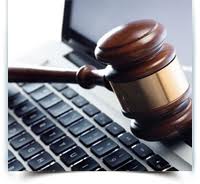 With the economy still in a rough spot many employers are turning to a work force of contractors and freelancers to round out their workforces, with many companies in the media and video-production realm following suit. And while it may seem more financially efficient to have a smaller number of full time workers and more freelancers for whom you don’t have to pay health insurance and benefits, one should still be wary about the legal issues that can arise.  Over the past 3 years, the Internal Revenue Service has set a lofty goal of investigating over 6,000 employers to make sure their workers are classified appropriately. I recently ran across a nice little article on Mashable that gives some great information on the best ways to make sure you’re handling independent contractors and freelancers in the most appropriate fashion.

The Definition Of The Word

The actual definition of contractor and employee can be difficult to pin down since the two positions can sometimes blend together and be rather hard to distinguish from each other. The Small Business Association has two relatively straightforward explanations for each one. Independent contractors are considered individuals who have their own equipment and checking accounts, work under a separate business name, have several different clients, keep business records and issue invoices. Employees, on the other hand, only have one singular employer who provides training and gives them duties to carry out. While most assume that much of the difference between the two lies in the number of hours worked, it actually boils down to their level of independence.

To make sure I.R.S. auditors don’t come knocking on your door, here are a few simple but important rules to follow when working with contractors. Do not have them work at your office or use any of your equipment unless it’s absolutely necessary. Contractors who have only one client—you—should be seen as a red flag. One of the most important rules is to make sure all your independent contractors are issued a 1099 form, since it’s something all auditors will want to see. Avoid exerting too much control over contractors, for example, by giving them specific hours to work or incredibly tight deadlines that would require a full-time commitment. Do not give contractors an employee handbook or ever refer to them as employees, as even simple language is something to be mindful of. Contractors should also should be issuing invoices for their work on a regular basis, since that’s the basis from which they should be issued payment.