Congratulations, another year has come and gone. As we prepare ourselves for 2013, lets take a look at the top 10 most important stories from the year prior. 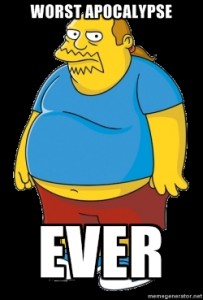 I remember many years ago when I heard that the world would be ending sometime in December of 2012. Now that we have passed the threshold of our generational hysteria, I am happy to announce, if you didn’t know, that we are all very much still here.

As we have learned, the Mayan calendar was not some sort of celestial doomsday clock. It turns out that the Mayans were very much reliant on astrology and the movements of celestial bodies to manage the cycle of their planting, growing, and harvesting activities. Most importantly, they knew that there was a center point to this galaxy we call The Milky Way, and that our little section of space is rotating around what scientists have only recently discovered to be a “super-massive” black hole.

So after all of the terrifying movies, exploitative Discovery channel specials, and paranoid internet dilutions, here we are for better or worse, in 2013.

Nostradamus is rolling in his grave… 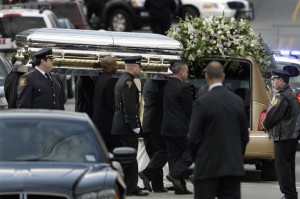 Tragically, the world lost one of our most talented and influential musicians this year. Whitney Houston was found dead in February in her hotel room in Beverly Hills. After overcoming a very public battle with drug addiction, Whitney was preparing to make her big comeback with the release of the movie “Sparkle.” Despite a world of personal problems, drug addiction, and chronic health issues, Houston will go down in history as one of the most accomplished and talented musicians of our age.

“As I lay me down, Heaven hear me now, I’m lost without a cause, After giving it my all…”

Read more: WHITNEY HOUSTON – I LOOK TO YOU LYRICS 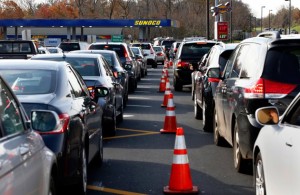 Gasoline in The USA reached record highs this year. Energy and the economy were center stage in this year’s elections in part because of oppressively high Gas prices. We are flirting with price levels that may cause some of our major institutions and companies to go out of business. Every corner of our economy is directly impacted by the price of gas, and Americans want solutions, now. In 2012 we hit a record national average of $3.60 per gallon.

As the first affordable electric cars begin to make their way on to the road, demand for alternative fuel vehicles has never been higher. I hope that we put our full effort as a nation into finding a sustainable, long term fuel, to ultimately replace gasoline. Otherwise these lines are going to get longer and our wallets will continue to get thinner, no matter who is in The White House. 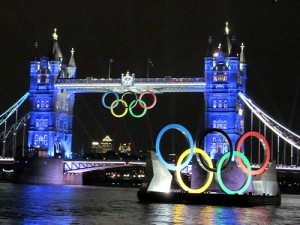 As always, the Olympics offer a chance for all world nations to peacefully gather and compete with one another in the world of sports. With a world dominated by turmoil and negative news, it was a much needed breath of fresh air to see all of these countries put their differences aside for a short while. The spectacular opening ceremony in London demonstrated England’s rich cultural history and their ability to throw one heck of a party.

Check out the YouTube videos below for some of the highlights.

#6: Violent Crimes On The Rise

We all know that this year saw a disturbing rise in violent crimes against the public. However, I must say that I am disgusted with the media frenzy that was created during each of these tragedies. Thus, I refuse to mention any of the perpetrators by name, nor will I show any pictures of them or their atrocities. I partially blame the media for obsessing over these horrific stories, glorifying the people who did these despicable acts, and in the process possibly inspiring others to do so. 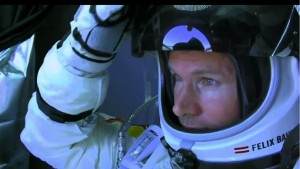 O.k. RedBull, you win the competition for “most extreme” in the world of extreme sports… At the end of the Summer of 2012, daredevil Felix Baumgartner willingly jumped from the edge of our upper atmosphere in the highest recorded free-fall in human history. The “Stratos” mission was more than just a stunt to please adrenaline junkies, it put us one step closer to understanding the limitations of traveling in space for human beings.

Want to see him break the record, follow the link below! 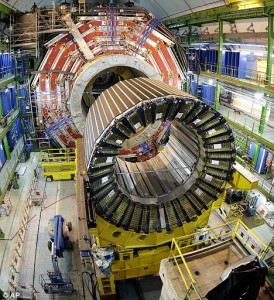 For years the scientific community has been hunting for evidence of an elusive sub-atomic particle, The Higgs Boson. After decades of searching and trillions of dollars, The Large Hadron Collider at CERN finally found its mark in July of 2012. This marks a new era in particle physics where we can now use The Higgs to explain why particles obtain and retain mass. In simple terms, this answers a question in physics that allows us to revise our way of explaining this reality with much more confidence.

Only the future will tell what these results will yield, but we are one step closer to a true understanding of the nature of The Universe! 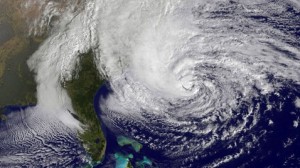 This summer, Hurricane Sandy struck a huge blow to the The East Coast of The United States. Over 125 people were killed in The US as a result of the devastation of Sandy. More than $62 billion in damage occurred due to the massive storm. At its apex of intensity, tropical force winds were recorded extending over 820 miles.

Climate and environmental scientists are warning that Sandy was just the beginning, predicting worse to come in the future. We hope for the sake of our coastline and our urban populations in those regions that the scientific community comes to some real conclusions about “climate change” and how we can mitigate our impact on global weather patterns. 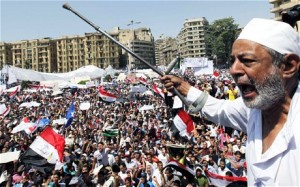 It seems that many populations of oppressed countries in The Middle East are tired of their autocratic, theologically dogmatic leadership. The Arab Spring sparked the overthrow of multiple theocratic regimes, including Egypt and Libya. It also fueled the flames for several attempted uprisings in other countries that were brutally crushed by the powers that be.

In my opinion, this marks the threshold of a new paradigm in The Middle East. Much of this progress is owed to the influence of information technology in the developing world. For centuries, the Arabic theocracies have used the control of information to hard wire their populations to support extremist activities and anti-western sentiment. With the advent of the internet and social media, those systems of control are breaking down, and as we have seen, people are giving their lives for the hope of liberty.

God bless, and good luck to all of those who are fighting for freedom. This is not just an important event in 2012, its a critical turning point in history. Visit this Wikipedia Article for an extensive timeline of the uprisings. 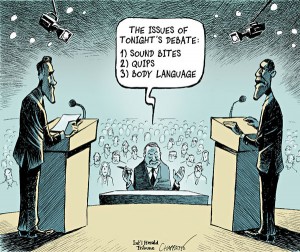 First of all I must say that this blog maintains a neutral political opinion, so save your hate mail for someone else. That being said the USA’s presidential election in 2012 was a significant and historical event. It is possible that his campaign will go down as the most negative and bitter election in our nation’s history.

I speak to a nation divided, please put the pettiness aside. Our leader’s divisive tactics only reflect our attitudes as citizens, so take that into consideration when you are debating your friends and family. Remember, were all in this together! Stop pointing fingers and start finding solutions otherwise we might not have anything for our grandchildren to argue over.


Hello out there, Ben here bringing you a quick list of 10 things you should be aware of before sending your audio or video for transcription. Taking time to consider these factors can streamline your workflow, save you time, and conserve your budget . So lets get on with it shall we!

Taking stock of all these factors before you start the transcription process will ensure a faster and easier transcription experience for you and the provider. That’s all for now folks, stay tuned for more from your friends here at Word Wizards!