As we all know, budgeting your work, especially documentary film work, is not easy.  You must first secure the money, not an easy feat mind you, and then be extremely careful to utilize it to its fullest extent. The still-shaky economy makes it even more difficult for production professionals to secure budgets, since people are still hesitant to give money to anyone even if they have a fantastic, sure-hit proposal. Once you do get that hard-earned or begged-for cash, what is the best way to go about using it? One way to find out is at an upcoming panel called Demystifying Media Budgets, which is being presented by Women in Film and Video or WIFV on June 5th at Interface Media Group. Some of the experts on the panel include D.C.-based writer/producer/director Claudia Meyers, owner and president of Double R Productions, Rosemary Reed, Freelancer Sharon Sobel, and president of Film Odyssey Inc., Karen Thomas. While this event promises to provide some great tips on managing money for your documentary and video production work, I had a few tips of my own that I wanted to share. 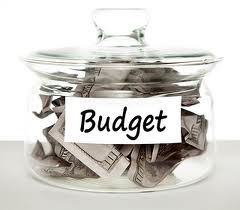 While it makes plenty of sense to go the reliable route of Excel spread sheets, paper receipts and data storage, those methods don’t work for everyone. Some great software alternatives include inDinero, Xpenser and Freshbooks. inDinero is a great money tracking and finance site for small business, and ideal for freelancers who want an efficient way to have all their accounts in one place. Xpenser is a nice little tool specifically built to manage expense reports with versions available for all the major smartphones, like Android, Apple, and Windows. FreshBooks is a great program for invoices, with apps for all the major mobile systems, and is a great tool for a media freelancer, since it also helps track un-billed time and tracks different rates for different projects.

This is probably one of the most tried-and-true ways to make sure you’re not over-paying for services. While it might seem unwise to be so transparent about money, it still can pay off to chat with other freelancers and media professionals to see how much they’re budgeting for different aspects of their work. It can be a great way to make sure you’re not getting ripped of by overpaying for something when others are getting it for much a cheaper rate. One of the nice things about the D.C. production and media community is that it’s small enough that everyone is fairly open to helping each other out. Another avenue to use is Quora, a type of online search engine that can be really good for generic questions such as, “How much is too much to pay for ____?” While some of the answers may not be incredibly specific, they can at least point you in the right direction and give you a helpful range to work with.


What are they thinking! Insurance giant AIG is considering whether to join a lawsuit against the US Government for “human rights violations incurred during the financial crisis bailouts. Talk about biting the hand that feeds you, it is a shock that the company would even consider such a move.

“The board of insurance giant AIG, which got a $182 billion government bailout during the financial crisis, meets Wednesday to hear a pitch from its former CEO, Maurice “Hank” “The Grinch” “A**clown” Greenberg, who wants AIG to join him in suing the government for violating shareholders’ human rights by giving them money. AIG’s board will also hear pitches from the government about why it would be out of its cotton-picking mind to join said lawsuit.”

The cushy terms of AIG’s bailout enabled them to continue operating as normal, including paying a full series of executive bonuses that same year, ON OUR DIME. Think about the nerve of these individuals to bring this lawsuit forward; as people in our country continue to loose their homes, and congress desperately tries to navigate the choppy fiscal water we are now sailing.

We are hopeful that AIG couldn’t possibly be stupid enough to go through with this decision. However, damage has already been done by not simply dismissing the issue right off the bat. Because of the delay and deliberation, legal costs have increased for our Government at a time when everybody knows we need to keep spending at a minimum.


Think you have what it takes to find a security hole in Google Chrome? If so, you might earn yourself some serious cash. Last Wednesday, a teen hacker operating under the alias, “Pinkie Pie,” took home a $60,000 reward for exposing a big security issue in Google’s golden browser. The media giant has offered a big bounty to anyone who can crack their code in effort to make a more secure and safe browser. Pinkie Pie has taken home the cheddar not once, but twice! 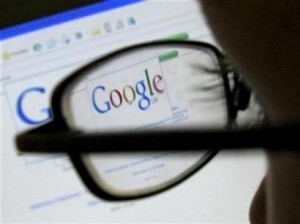 Rise of The “White” Hacker

Hacking used to be looked at as an unforgivable evil in our society. It seems that as soon as computers started to change the world, hackers began to figure out how to take advantage of them. Despite the demonization of the hacking community by film and television, there is a growing trend of professionals, corporations, and even governments looking to “white” hackers for much needed help. 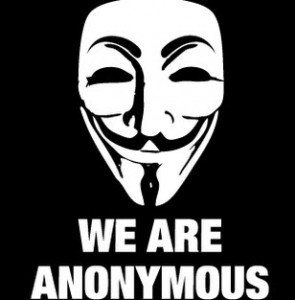 A “white” hacker is someone who hacks on the light side of the force. Simply stated these individuals use their talents for good, and are regularly used as hired guns when no one else can get the job done. Some of these benevolent hackers have even formed groups, such as the secretive activist group “Anonymous.” White hackers have been held responsible for many capers over the last few years. These socially conscious hackers have been responsible for everything from debugging Google Chrome to hacking Iran’s centrifuges to melt themselves from the inside out.