As usual, the rumors are staring to pile up about Apple’s latest revision to their OSX operating system. According to several unconfirmed gossips the release date for Mountain Lion will be July 25, 2012, less thank 10 days away. 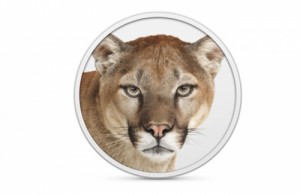 Mac lovers are hoping for big hit with the new OS, which has made some very interesting promises in the months leading up to the final hurrah. For only $19.99 you can get in on all the cool new features expected from this release. iMessage should be fully integrated into the OS, giving users communication abilities like never before. Also, a cool new feature called power nap is rumored to allow your computer to sleep while staying current with you important information such as, e-mails, messages, and updates. There are many more features to be expected, and anxious Applites are tired of waiting.

Swing for the Fences!

As with all OS releases from computing giant Apple, big things are expected. With a stock price hovering well over $600, anything short of spectacular could have serious repercussions for the company. Apple has a reputation for hitting it out of the park, and Mountain Lion seeks to continue that legacy. If they pull it off, it will solidify their place at the top for a little while longer, if it falls short, people will star to wonder how long the company can keep together without its prodigal founder at the helm.


Que the trumpets and raise the banners, Apple has some important new announcements and once again the world will shudder under their unrelenting innovative dominance… 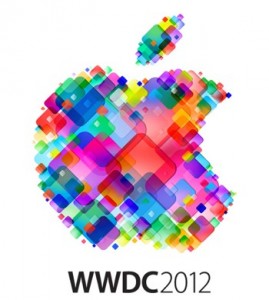 Well maybe it was not quite that dramatic, but they did have some good news to share! Today I am going to quickly review the new tech highlights released by Apple and comment on how we think it may impact businesses in the video, graphics, and web design industries. 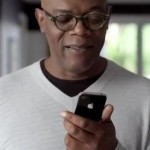 We have all seen the ads, Samuel L. Jackson is in his kitchen making gazpacho, and it seems like Siri is his faithful companion. She seems to understand and indulge his every whim, with the level of service and care you would expect from a personal butler. As you may know, Siri is not yet so intuitive, in fact Apple has a few pending lawsuits for misrepresenting this product in such a manner. However, at this year’s WWDC Apple announced she will be getting a bit of a cerebral upgrade. In addition, for the first time, Siri will be available on the iPad, extending the range of possibilities with this innovative but raw new technology.

Siri could change our industry by leaps and bounds if she ever gets herself working right. In my recent blog post Software – The John Henry Paradox I discussed how dictation and automated transcription software is a long ways off from putting us out of business. However, it does make an impact, and if Siri’s dictation functionality ever gets into shape, it will most defiantly have an impact on the bottom line of business that provide automated or human powered speech to text services. I look forward to trying out her new “revised” functionality once iOS 6 is released in the near future.

I once proudly considered myself a PC guy. A long long time ago in a galaxy called the Milky Way, Macs were a joke in my mind. Bad games, poor graphics, and a noticeable lack of any standard PC quirks, it just put me off. That was, until I got my first MacBook Pro in 2006 and became a born again Jobsian. The new upgrade to the MacBook Pro line is sweet, slim, and sexy. It will probably keep getting sweeter as producers of components and accessories start to catch up with the technology in these impressive new machines. 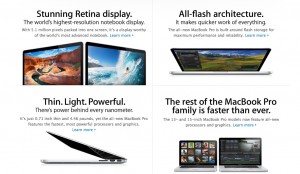 However this power is a double edge sword. I keep asking myself, where is the FireWire port? What do you mean you don’t sell a Thunderbolt adapter for FireWire until next December? Apple seemingly enjoys releasing new technology before anyone makes anything that uses it. I must admit that the power to interface with two Thunderbolt Ports and Two USB 3.0 ports pushes the boundaries of my imagination. Hopefully I will be able to use these to their full potential before they come out with the next MacBook Pro.

The inclusion of a retina display is clutch, with such high resolution, MacBook Pros will continue to lead the way in laptop based media workflow both for professionals and amateurs. Don’t forget the screamin’ new Intel chip that pushes the performance of this incredible tool to unfathomed heights. While were on the subject of new heights, have you seen the price tag? By the time they come out with a FireWire to Thunderbolt solution, maybe I will be able to afford the new MacBook Pro (as long as Greece and the economy dont have anything different to say.)

As an audio and video guy, the advent of Thunderbolt is paramount. FASTER, FASTER, FASTER! With this new technology video can render faster and look better, audio can be recorded with less lag time and higher resolution than ever before. There remains only one problem, nobody makes a Thunderbolt Audio Interface! I would love to take advantage of the speed of light capabilities for my audio production and recording needs if there were equipment that was designed to handle such raw unhindered power, but there’s not, yet (hint to all you manufactures out there…)

So us A/V guys have a new standard to dream about, what about the designers? Well for those who work in the field or in onsite applications. Having this type of power behind the acclaimed retina display will obviously be a plus. However, when I was speaking with our chief designer, who is admittedly a long standing Apple guru of sorts, he simply stated that lap tops are never ideal for precision graphics work, “there’s just not enough there.” Of course using Thunderbolt you can connect an external screen that is big enough to satisfy his lust for pixels, but then you have just undermined the retina display that you just bought, and that make MacBook Pro sad :(

Mountain Lion hopes to put your head back in the iClouds. The new OS is swimming with new features and integration capabilities with the struggling cloud based file sharing system released by Apple early last year. Somehow Apple seems to make each OS release faster and better, and I do not expect to be disappointed this time. Mountain Lion I think will provide a full circle of integration, performance, and usability. There is something about Mac OS that still makes me say, PCs are never going to match this in a million years, even with the impeding release of Windows 8. 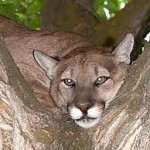 This remains to be seen. My expectation is to be blown away once again by the simplicity and speed of a new Mac OS version. But who knows, once in a while somebody makes a big mistake when trying to improve on perfection. This will be the first release of a new Mac OS without the direct insight and guidance of the dearly departed Steve Jobs, and hopefully it will not let his memory down, but you never know.

Apple is still innovating their way out of the proverbial paper bag, and we expect more to come at next year’s WWDC. Now, you may be saying, hey man why didn’t you talk about how disappointing it was to not get a hold of the iPhone 5 release date? To that I respond with a reminder that iPhone 4s only came out 9 months ago. If they released iPhone 5 now with only small unimpressive upgrades, you would all complain, and their stock price would plummet, and everyone would claim Tim Cook is incompetent, and ol’ Billy Gates would cackle into the night as he took over the world!

So be patient and have some faith that that Mr. Cook can hold it together…

Thanks for reading, and check back soon as we hope get our hands on some of this new technology and put it to the test!