When Acrobat Pro X was released, we bought it without a second thought. Acrobat Pro 9 was such a nice improvement over Pro 8 we thought X would bring even further refinement of Acrobat Pro’s features, and hoped that the accessibility components, in particular, would be improved. We were disappointed on both fronts.

On the accessibility side, Acrobat Pro X arrived fundamentally broken and couldn’t be used effectively. 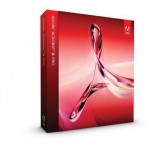 Features the art department needs (basically, an easy way to re-save a PDF so that clients can use Adobe Reader’s commenting features) were moved from the now-removed Advanced menu into the File menu and buried into a sub-submenu, turning what was once a simple task into something onerous. And to add insult to injury, viewing a comment list became even slower and checkbox filtering just didn’t work. We banished this defective software from our hard drives and went back to using Acrobat Pro 9.

Enter Acrobat Pro XI. Given how unfortunate Pro X’s release was, we were at once skeptical, but hopeful, that Adobe had fixed it. Our skepticism was not helped by the fact that Adobe insists users allow them and various unnamed companies with whom they say they work to send us commercial emails as a condition of downloading the trial version. Basically, that means if we end up buying the software, we’ve paid Adobe to spam us. Cute

Once we resigned ourselves to the idea that we are going to have to re-train our junk mail filters to weed out all those additional emails we won’t want, we got down to the business of evaluating the software. Which was in fact pretty good.

Accessibility is its own complicated topic, and requires more space than we can give it here. Pro XI looks like it has some editing features that will make it less painful to make simple corrections to a file, something the accessibility people here are often faced with, as clients often ask for small changes before we tag their PDFs.

But we were thrilled to learn that the production-flow features the art department uses have been revisited and fixed, and now work great. While the Enable Commenting feature is still buried two levels deep in the File menu, Adobe has provided a convenient way to access it via a custom toolbar icon we were able to find pretty easily. It’s now slightly easier to save out a comment-enabled PDF than it was in Acrobat Pro 9.

We also like the comment list layout—introduced in Pro X—to the side rather than on the bottom. On a Cinema Display monitor, this layout approach makes a lot of sense and it’s much easier to navigate down the list and make corrections to a document now. Nice that checkbox filtering works with this release, too.

Still, is it worth the price of an upgrade? If we’re talking about a print-production workflow, probably not. It’s nice and all, but Acrobat Pro 9 still does everything the art department needs it to do, although the comment list layout tempts us. But since Adobe increased its upgrade pricing by fifty dollars to $199 a couple of years back, the whole upgrade carousel thing gives us pause. (We’re also not too enamored with the so-called Creative Cloud subscription software scheme Adobe would love us to adopt, but that’s another article altogether.) 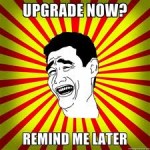 To tip the scale in favor of the upgrade, our accessibility people will have to let us know what they think of the software. But given the new PDF editing features, my guess is we’ll be upgrading soon.

Make sure to sign up for our newsletter if you liked this article, we will be providing an in dept section 508 accessibility review of Acrobat XI in the near future!