Recently at Resolution Post, TIVA held an informative and interesting panel about 3D graphics and animation. The panel’s main speakers were Scott Stewart, owner and creative director at Resolution Post, Robert Cloutier from Digital History Studios,  and Christian Flores from Beatmap Animation. Some of the topics that were discussed included what types of software they utilized for work, how much painstaking effort goes into creating these animations, the budgets that many people don’t think about as well as what type of plugins they liked using. They also discussed the important relationship between 3D artist and producers, among other topics.

Tools of the Trade

One of the main points stressed was that if people are interested in animation, there are a number of online tutorials available. Some of the places to look for these include Animation Arena which has free articles, as well as Web Reference. Two other good options are Lynda.com, and Digital Tutors, although it should be noted that both of these require a monthly subscription to access their content. Visiting these sites should help the curious see the insane amount of work and talent that goes into creating this eye-popping art form. For example, in some renderings, it takes 20–40 hours to do a frame with most renderings, usually having dozens of frames. Some of the software that the presenters use include Panorama Studio Pro, and Cinema 4D.

Ins and Outs of 3D Animation

Also stressed was just how vital and important collaboration is between the animators and producers. While this may sound like simple advice, it’s still one worth mentioning, since the producer should know what the animator is capable of so expectations are reasonable. Animation is an incredibly expensive art form and all the presenters agreed that many people don’t realize just how much money it can cost.

Another topic was animation teams, the size of which can sometimes include a dozen—or dozens—of people with junior and senior positions, depending on the scale of the project.  There are also some artists like Robert Cloutier who work entirely by themselves and very much prefer it that way. The way most animators begin a project is to create story boards, pre-visualization models and different camera passes that they show to clients before they actually start working, to make sure everyone is on the same page. 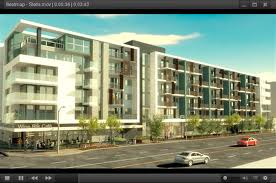 How is Animation Utilized?

The presenters also showed how their work showed up in a variety of places. Adrian Flores showed how his company, Beatmap Animation, uses 3D Animation to create 3D walkthroughs for architecture companies of buildings on which the firms working. They created the concept for the video, used location photos in the animation and had an actress “walk through” the animated tour by using a green screen in studio.

Robert Cloutier has had a very illustrious career in the field of animation and video games which includes working on well-known PC titles such as Civilization 4. He also has been working on creating 3D virtual history tours, which give viewers incredibly immersive looks at historical places like a World War 1 trench using 3D Animation.

Finally, Scott Stewart and Resolution Post have worked on a number of commercials that utilize animation as well as very impressive spots for the US Navy, and other government agencies.